The is not a standard discussion about the Hunter curves, sizing matrix, plumbing code   requirements, blah, blah blah. This is an article for engineers, contractors, and facility owners that are curious about an alternate sizing  method. Towle Whitney has been using this method for         FIFTEEN YEARS, with 100% success. Specifically, we’ve  never undersized a system.

Ask most engineers; and they’ll tell you straight out: “I size the piping and the equipment based on the plumbing code requirements, because that’s what I ‘m required to do” (for example, reference picture with 4″ RPZ with   1-1/2″ pump).  I find it fascinating that   engineers, with four years of a rigorous M.E. degree, a few more years of apprenticing, and a tough examination process for the “stamp”, would be constrained by outdated plumbing codes and ancient theory.

Those same engineers will say in the same breath: ” I  realize everything is over-sized….”. More amazing is that the plumbing community has not completed a            comprehensive study of existing buildings to determine the ACTUAL usage. For example; what if we  actually digitally metered these buildings around the country, and learned what the usage is hour by hour: 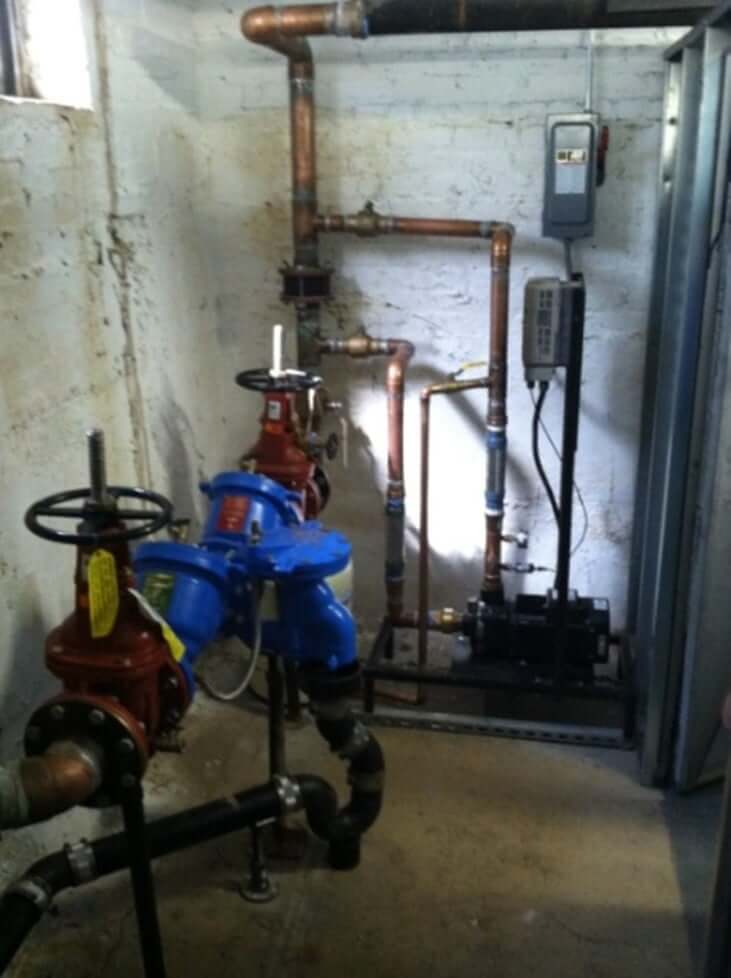 Obviously there are a number of variables, but with this type of data, including number of units, occupancy rates, etc., we could develop a more realistic curve. 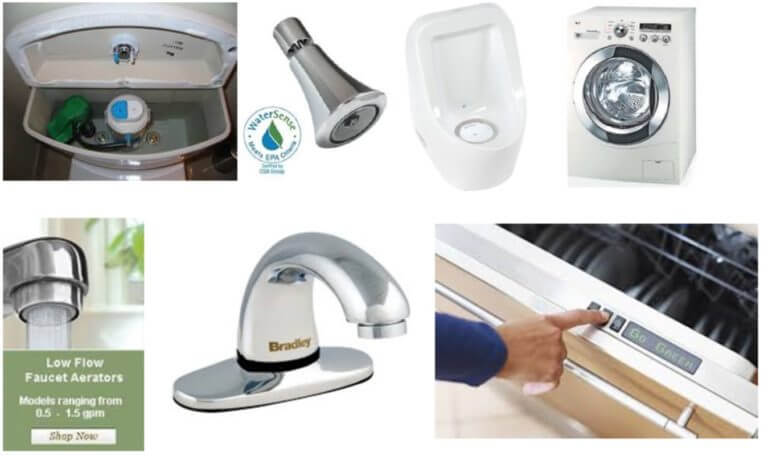 I’ve been teaching this topic for ten years to numerous ASPE groups around the country, which results in a spirited and healthy discussion. Let’s look at three methods for sizing an 88 unit apartment building, averaging two people per unit.

This is a very different perspective from the standard IPC method, as the assumption is based on how much water a person uses per day. According to the US Environmental Protection Agency, the average water usage for a US citizen is about 70 gallons of water per day. In this example, we’ll use ALL of the 70 gallons in a four hour window to approximate a worst case scenario.

Gould’s (a Xylem company) actually developed a set of curves that we’ve been successfully     using for over a decade. The single page covers numerous building types (office, hospitals,     hotels), but we’ll focus on multi-family apartments / condominiums. Interestingly, the rate is not linear, as the more units in a building, the lower the usage / unit.

If we use the fixture count method, the system will be 3X larger than necessary. In light of this, we would recommend a:

For 88-200 units, and depending on the boost  required, a 2Hp to 3Hp duplex system is usually the perfect choice. 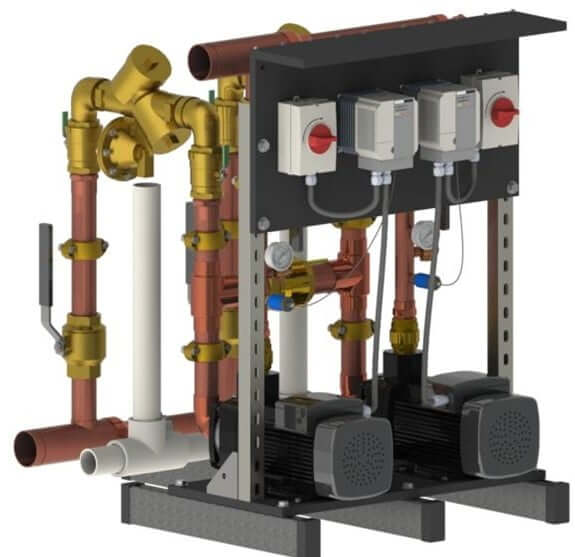 The plumbing industry only advances by questioning the status-quo. We’ve proven for over a decade that a smaller horsepower system can deliver better performance and increased energy savings over the old school “bigger is better” approach. We sincerely appreciate any feedback.

How to know which water booster pump is right for you

How to Get Better Water Pressure In Your Home

How To Maintain Water Pressure in High Rise Buildings